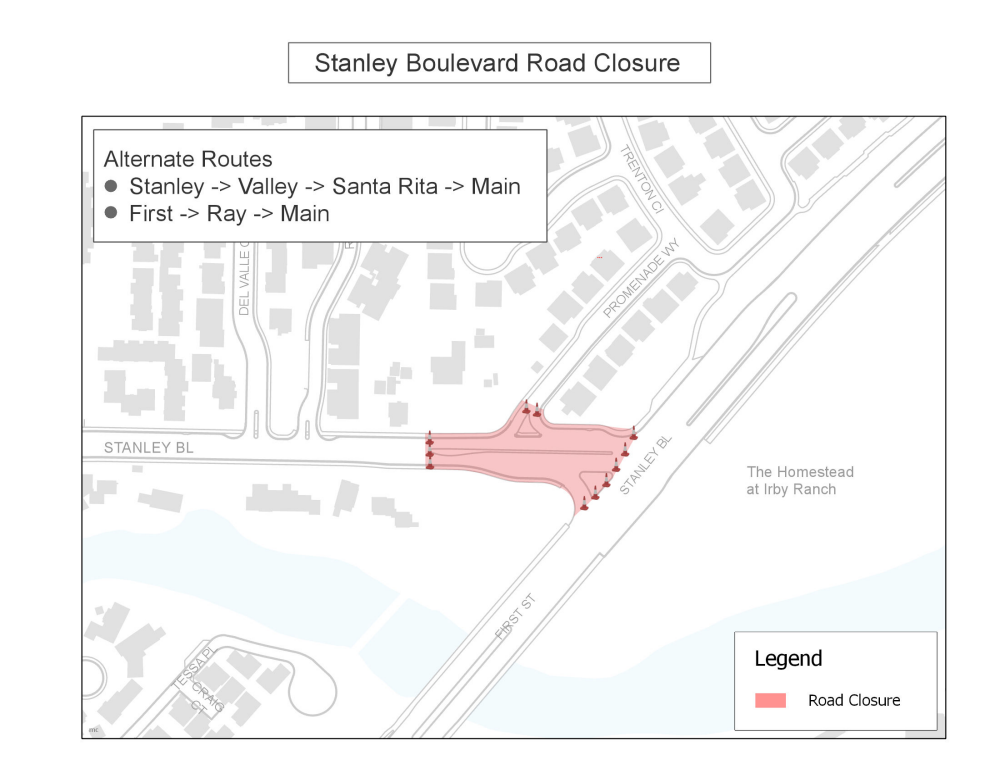 The closure is the most efficient approach as it allows the work to be completed in four weeks, and while school is not in session, to minimize traffic impacts. The schedule has been carefully organized to get Old Stanley Boulevard open before school starts on August 12 so as not to overlap with the solar project PUSD has planned for the AVHS parking lot.